Edenton, NC -- The Sustainable Furnishings Council celebrates its 10th anniversary in 2016, and will mark the important milestone with a series of educational events, special promotions and industry-wide celebrations in the year ahead.

From its early days—nascent meetups of environmental enthusiasts and like-minded professionals—to a now 400 member-strong association of suppliers, manufacturers, retailers and interior designers, SFC is the leading industry advocate for healthy environments both inside and outside the home. In just 10 years, SFC has become the trusted resource for home furnishings professionals who are modernizing their businesses by ranking “green” and “sustainability” among their top priorities.

To kick off the anniversary year, SFC Board President Steve Freeman chronicled the above-mentioned SFC accomplishments and more in a state-of-the-industry webinar on January 21, The State of Sustainability in Home Furnishings. The webinar was recorded and is available through the SFC website Resources Page.

Freeman will highlighted green achievements in home furnishings in the last 10 years, including improvements in the lighting efficiency, the reduction of formaldehyde in the manufacturing process, the removal of flame-retardant chemicals from foam in California and other states, and improvements in chain of custody regarding wood.

Other celebratory programs planned for 2016 include a social media campaign, #GetYourGreenOn, that promotes SFC members’ products and design projects, and an industry-wide fête set for Oct. 21 during fall High Point Market.

“We are proud of many accomplishments and excited about the future of the organization,” says SFC Executive Director Susan Inglis, who has been with the SFC since its inception. “The urgency to act on climate change is more and more keenly felt by consumers and we are glad to be helping furnishings companies respond with measurable improvements in their operations and also significant promotion of their accomplishments.  It is an exciting time as more and more companies are getting involved with us!" 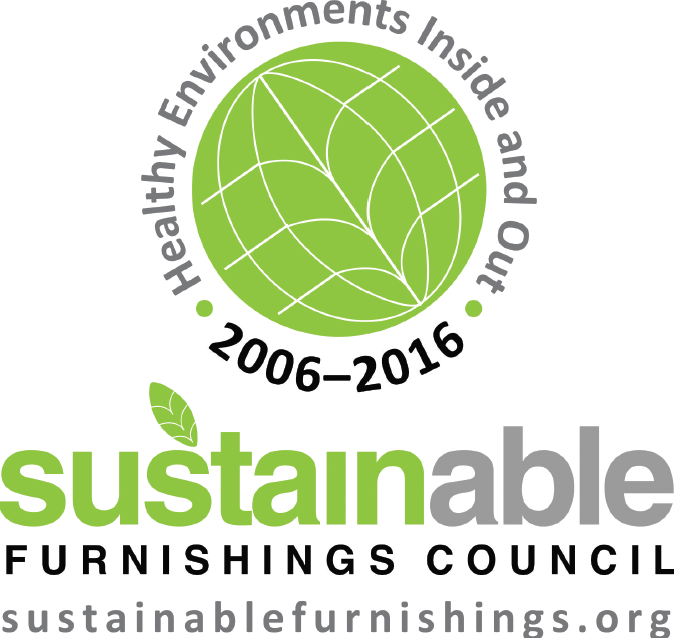 Take the next step to build your brand, spread your presence, and educate your staff.
Become a Member