Carbon Accounting to Save Our Planet 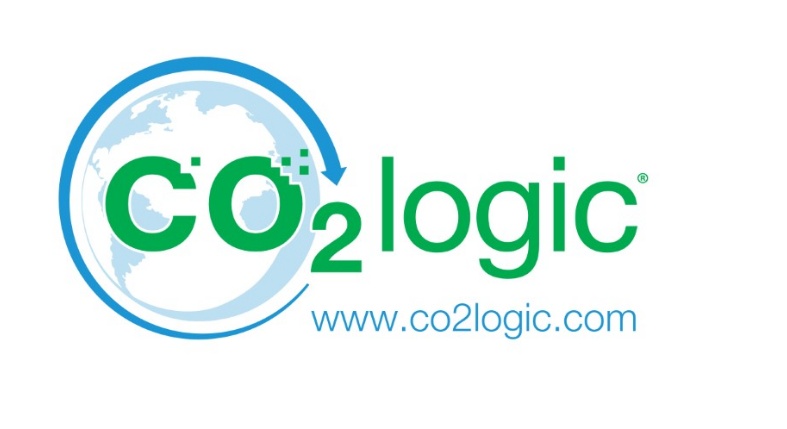 Did you know that the average American emits more than 120 pounds of CO2 every day?  In 2017, we humans emitted 40 billion metric tons of CO2, enough to fill 8 billion Olympic-sized swimming pools full of carbon dioxide!

In a TEDx Talk in 2018, Arnaud Brohé of CO2logic discussed these three topics:

How bad is it really?
Why haven’t we fixed it?
What is the number one method for change?

With this presentation, he hopes to turn all of us into climate optimists!  Most of his comments follow. To view the entire speech, please visit TEDx on YouTube.

“The first time anyone understood the danger of carbon dioxide to global temperature was in 1896, 122 years ago.  Swedish scientist Svante Arrhenius estimated that if the concentration of CO2 in the atmosphere doubled, the temperature would increase significantly. At that time in history, humans had emitted less than 40 billion tons of CO2 in the atmosphere, about what we emitted last year.

This terrifying discovery remained largely unknown for more than 75 years until 1972 when it was finally discussed again at a United Nations Conference.

20 years later, climate change became a major issue for the first time in mainstream media when the first climate treaty was adopted. Its aim was ambitious: stabilizing greenhouse gas concentrations at a level that would prevent dangerous human interference with the climate system.

What has happened since then?

We have doubled the cumulative emissions of CO2! Yes, since 1992, humans have emitted the same amount of carbon dioxide as we emitted from before the industrial revolution until 1992.

The aim of the Paris agreement, developed with the latest science, is to prevent the average World temperature from increasing by more than 2°C or 3.6°F.

Climate models tell us that in order to get there we need to cut our CO2 emissions by 50% by 2050 and go carbon or CO2 neutral before the end of this century. We have a total carbon ‘budget’ of 2,900 billion metric tons of CO2 before we reach catastrophic change, and we have already ‘spent’ 2,100 billion tons.  We have 800 billion tons left, or less than 20 years of emissions at current levels.

The cause is well understood: the burning of fossil fuels and deforestation are the main drivers. Electricity generation and agriculture/land use represent half of the total impact.

The consequences are also well documented.  The poles are melting. Sea levels are rising. Warmer oceans create more hurricanes. In the US and Caribbean alone, the 2017 hurricane season claimed hundreds of lives and destroyed more than $300 billion worth of assets. UN projections show that more than one billion people could be climate refugees by 2050.

These are the main arguments against climate action.

First, there are the climate skeptics. They don’t want to trust the science. ‘It’s snowing in April in New York, so how can you tell me temperatures are rising?’ This category, although still very powerful, is losing momentum.

Then, there is the argument that there are other issues more important to tackle or that it is simply too expensive.  For a very long time, this was the most difficult pushback to fight. I am trained as an economist and I understand the concept of prioritization. Every dollar invested in renewable energy does not necessarily directly help the most vulnerable people, so it can raise doubt about our need to focus all our energy on this challenge.

Public health concerns do become main drivers for supporting renewables because people start to understand that the burning of coal, oil, and gas affects their children’s health. In addition, producing electricity with wind, even without subsidies, is cheaper than gas and coal in the US today.

And the last argument against climate action is that people think it’s too complex or that their action will not make any difference. Most of us fall into this category.

What is missing? Why don’t we change despite the overwhelming evidence?

I think the number one method for change is measurement. The moment we start measuring carbon emissions is the moment that we make positive change possible.

In all areas of our life, if we are looking to make change, we take measurements first: ‘You can only manage what you measure.’

If we want to lose weight, we calculate the calories in our meals and look at the impact of our efforts on the scale. If we want to improve our running performance, we train and use a timer to monitor our progress. We measure and track the results so that we can make targeted improvements. The same is true for climate action.

At CO2logic, we have been applying carbon accounting to more than 200 organizations for the last 10 years. We have saved more than half a million tons of CO2, millions of dollars in energy bills, and some of these savings were reinvested in creating additional carbon reduction projects in countries that are the most affected by the climate crisis, saving another half million tons of carbon dioxide. All businesses can help us achieve the goals of the Paris agreement.

Let me give you 3 examples of how effective carbon accounting can be.

First, take Proximus, the largest telecom company in Belgium. They started calculating their emissions back in 2007 and set a target to cut emissions by 70% by 2020. Their executives engaged and Proximus achieved its 70% target 5 years earlier. In 2016, they became even better at offsetting their footprint by giving back to certified climate projects and becoming CO2 neutral.

They decided to support a climate project in Benin where efficient cook-stoves are used to prevent deforestation and improve air quality. The other really cool thing is that we can use the excess heat of the stoves to charge mobile phones, further reducing emissions.

A second example is the European Investment Bank, the world’s largest multilateral bank. We did one of our most exciting projects with them. We helped the bank include the cost of carbon on society in their cost benefit analysis. We developed carbon accounting tools to assess the climate impact of projects they were considering financing, such as airports, highways, or power plants. A project that would emit too much carbon would not pass the cost benefit analysis and would not be financed.

Here is my last example. What happens when we don’t use carbon accounting? Take the booming green bond market. These bonds are aimed at funding new projects with environmental benefits. Some estimates see the green bond market reaching one trillion per year by the end of 2020. That’s a lot of money and that’s great. That could help us achieve the Paris agreement faster. But are they really green? In my experience, and supported by carbon accounting, some green bonds have become a marketing instrument and are actually funding projects that are adding CO2 into the atmosphere. Coal plant project developers and governments with very poor climate action records have been using green bonds to finance projects that will add billions of pounds of CO2 to the atmosphere.  Not only can carbon accounting help us make good choices, but it also stops us from making damaging ones.

Let’s ask the big question. Is it too late? Do we have a chance to succeed?  Yes, I believe we can, but it’s going to be all together!

I want us to think about our own impact. There are ways to make smarter choices in our daily lives. When we order a meal, choosing a vegetarian or chicken option over beef has a significant impact. Order a mushroom burger instead of a beef burger and you save 10 pounds of CO2 from being released into the atmosphere. Giving a second life to a shirt or a dress can save up to 20 pounds. Any time you cycle instead of taking a car, you save almost one pound per mile. And if you switch from regular electricity to renewable, your household is going to save on average 12 pounds every day. Of course you can have an even bigger impact if you convince your colleagues, bosses, clients, suppliers, and representatives to embrace climate action.  [SFC adds: also friends and family!]

I know this is a lot to digest and some of the data are scary.  But we have the solutions at hand, so I hope you are ready to join me and become a stubborn climate optimist!”

Arnaud Brohé is a seasoned consultant with international experience in carbon management, sustainability and ESG. Arnaud carried out the first carbon audits for the EU Emission Trading System sites back in 2005, was among the first consultants to calculate the carbon footprint of complex organizations (banks, chemical factories, universities, cities, etc.) and products (beer, chocolate, textile, cooling systems, etc.). Arnaud was co-author of several landmark reports, including for the European Commission. He published extensively on carbon accounting and carbon markets. His book Carbon Markets, for which Lord Nicholas Stern wrote the foreword, was awarded a prize by the American Library Association. Besides his role as CEO of CO2logic Inc., Arnaud is a professor of sustainable management at the Université Libre de Bruxelles and a guest lecturer at Imperial College London, where he teaches carbon accounting in the MSc Climate Change, Management & Finance.

Take the next step to build your brand, spread your presence, and educate your staff.
Become a Member